In 1964, the National Trust of Canada—better known today as Heritage Canada—commissioned Walter Jackson Coucill (1915-1982) to paint the official wildflowers of Canada’s provinces and territories.

Coucill was an artist born in the US to English parents, who lived and produced art in Canada from 1924 into his final years. His works appear in government and private collections alike, and tend to surface sporadically in art auctions all over Canada. He studied at the Danforth Technical School and the Ontario College of Art, though he was largely self-taught.

Coucill’s paintings typically depicted landscapes or cityscapes, thought is is clear he had an interest in plants as well. The wildflower project for which he was commissioned provided him with the chance to travel to each of Canada’s provinces and territories of the time in order to research the aesthetic feel of each wildflower’s environment, as well as consult with local botanists to ensure scientific accuracy in morphological details and community composition.

Though most of Canada’s official wildflowers had already been painted at one time or another, this project would come to represent the first time that the wildflowers of all of Canada’s provinces and territories—with the exception of Nunavut, not yet established—would be painted as a set by a single artist.

The project funding came at a time when a larger political movement was taking place, namely the construction and assertion of Canadian identity, a century after Canadian Confederation. 1967 was a landmark year for Canada to reimagine itself.

Ideas, designs and physical structures relating to Canadian identity sprung up all over the nation. It was the year that Canada would invite the international community to the 1967 International and Universal Exposition—better-known as Expo 67— to celebrate its newfound identity.

These 12 paintings—each 24” x 36”—were put on display that year in Toronto, the largest urban centre in Canada, with full-sized reproductions distributed to various cultural institutions across the country. 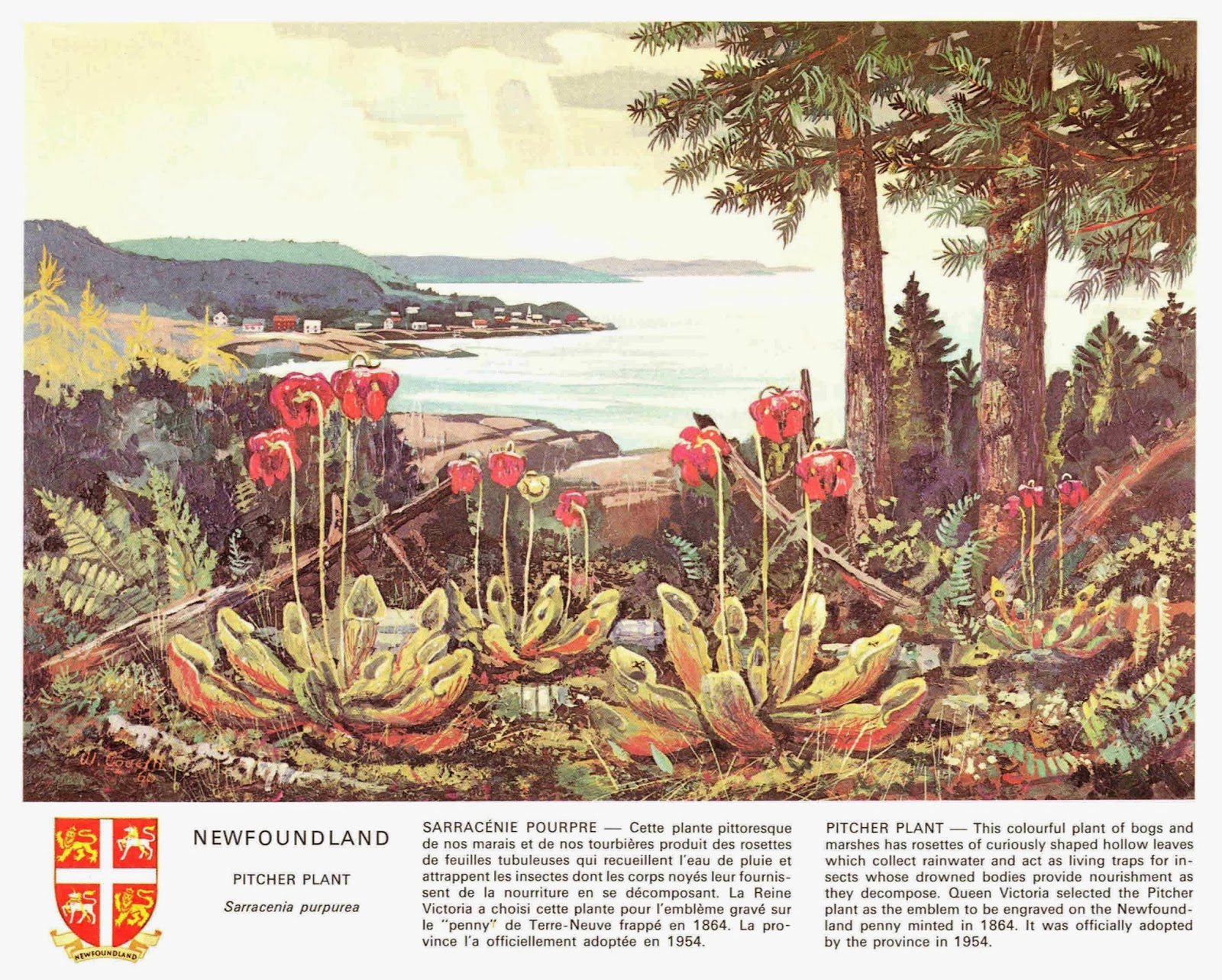 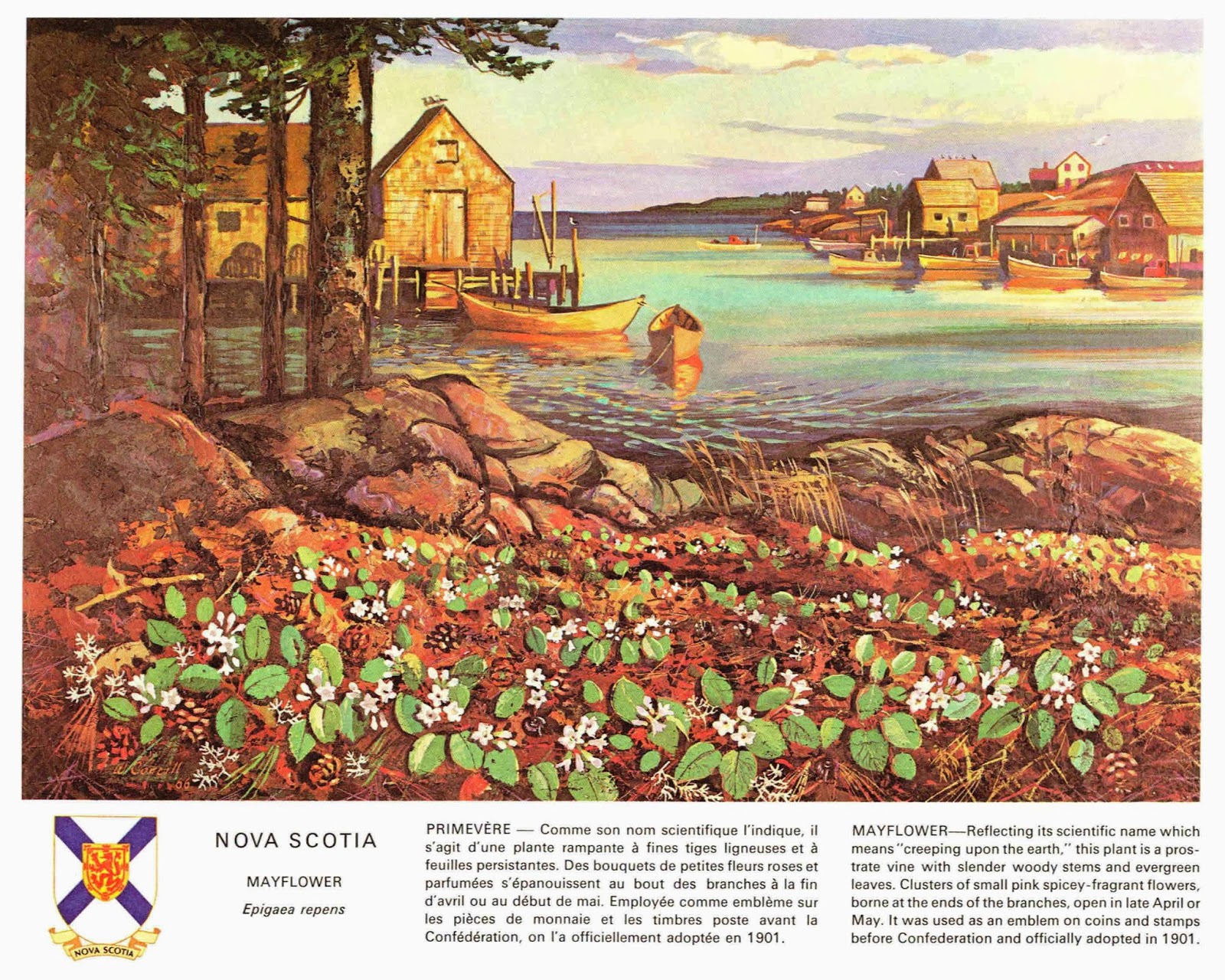 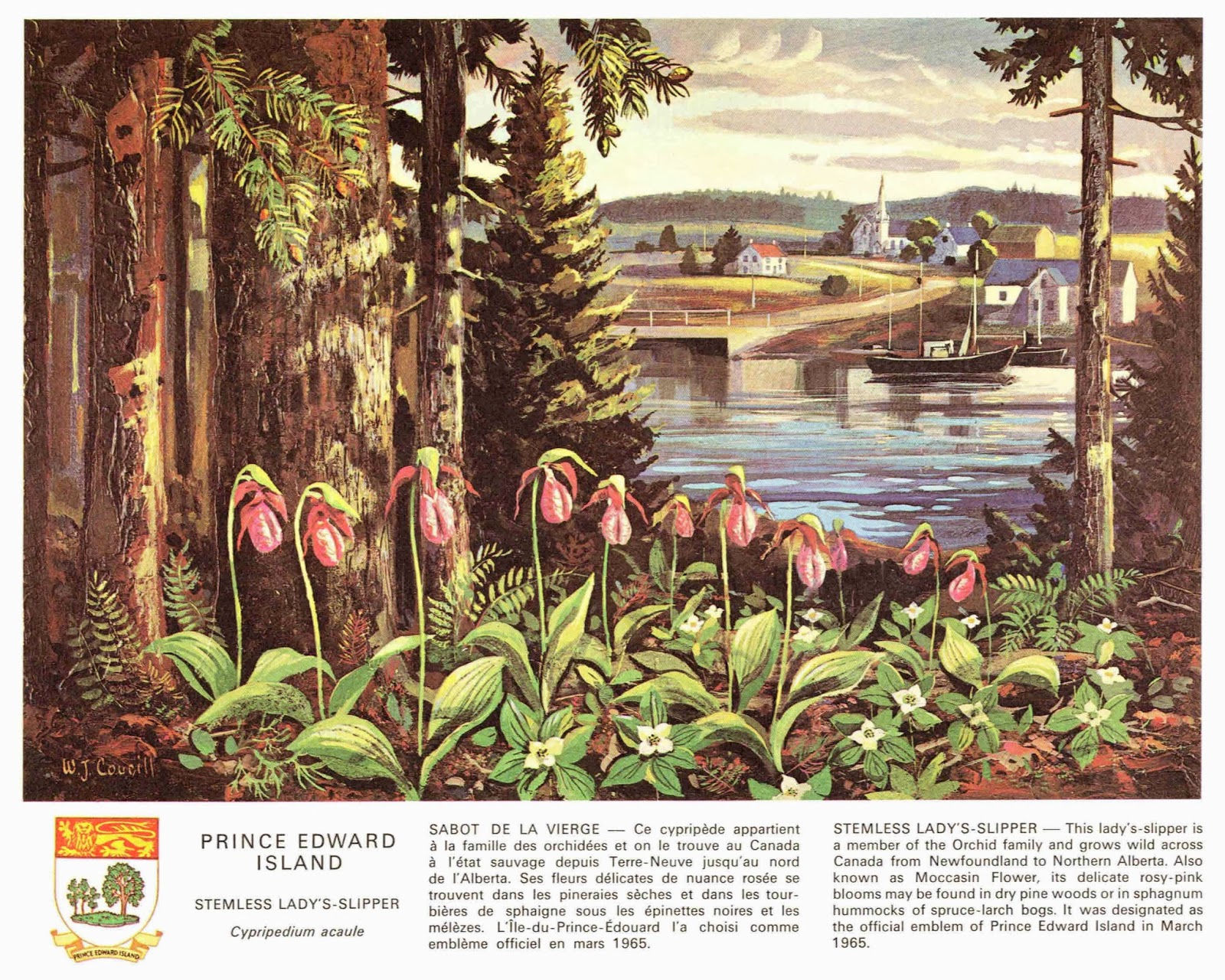 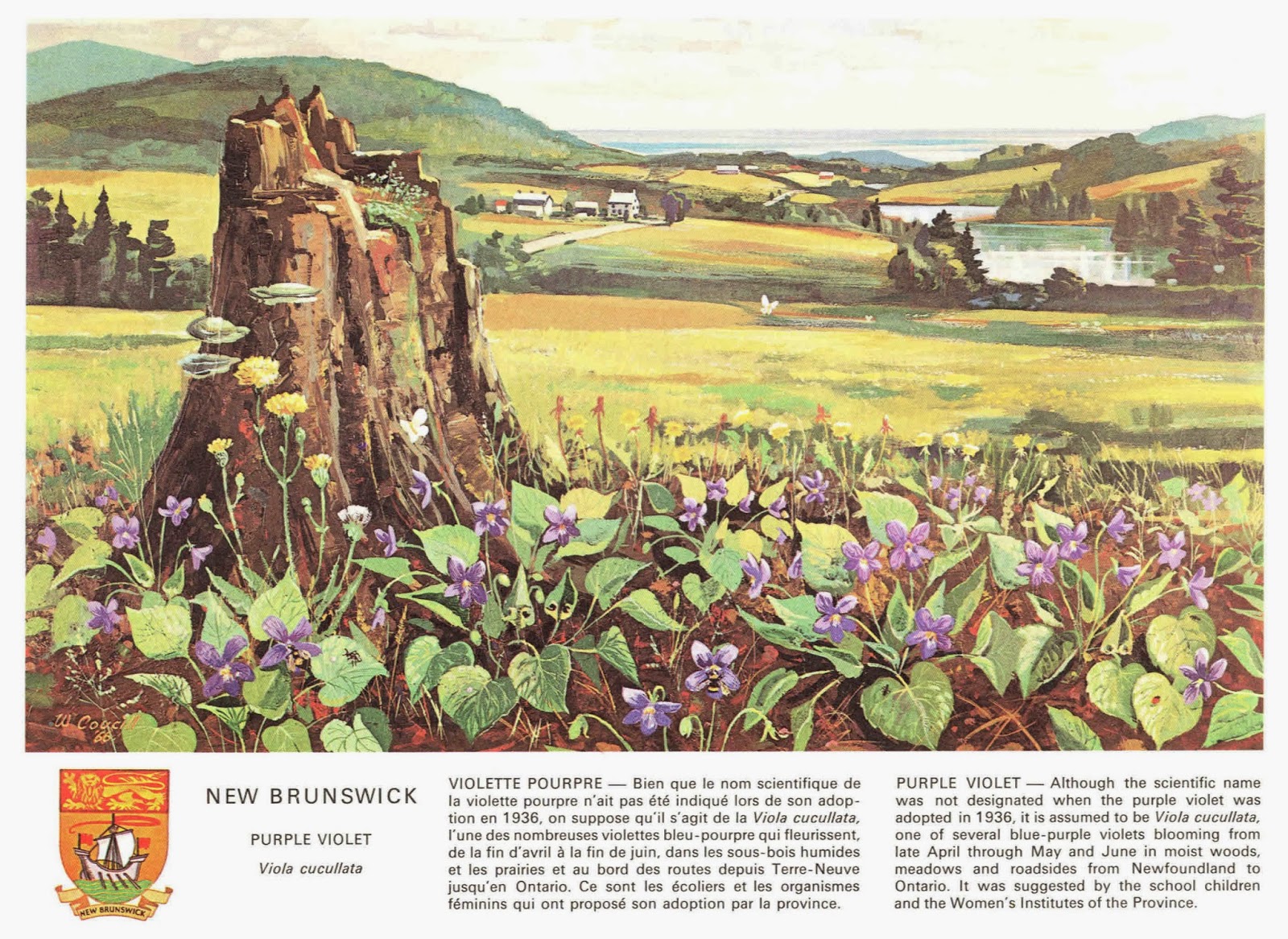 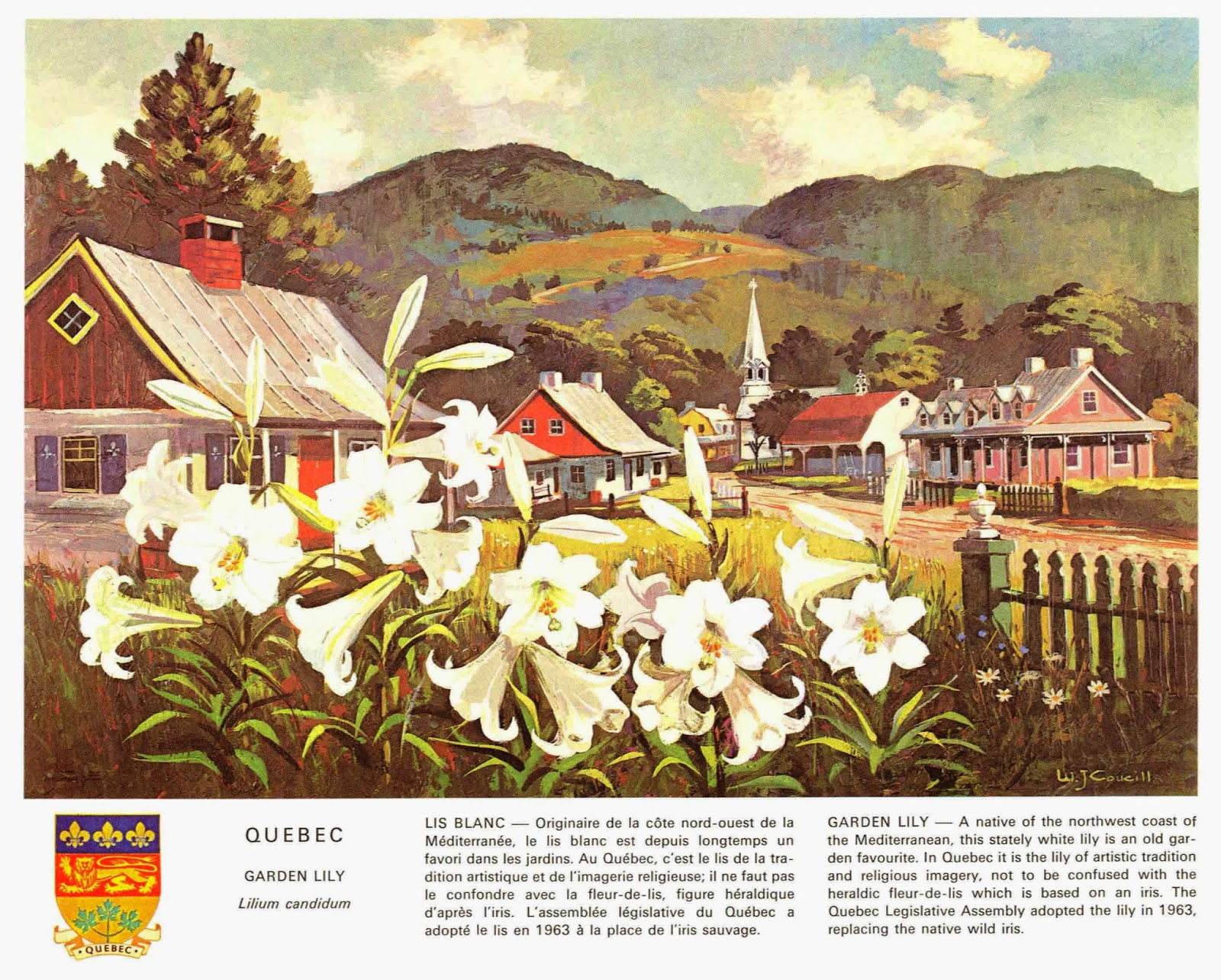 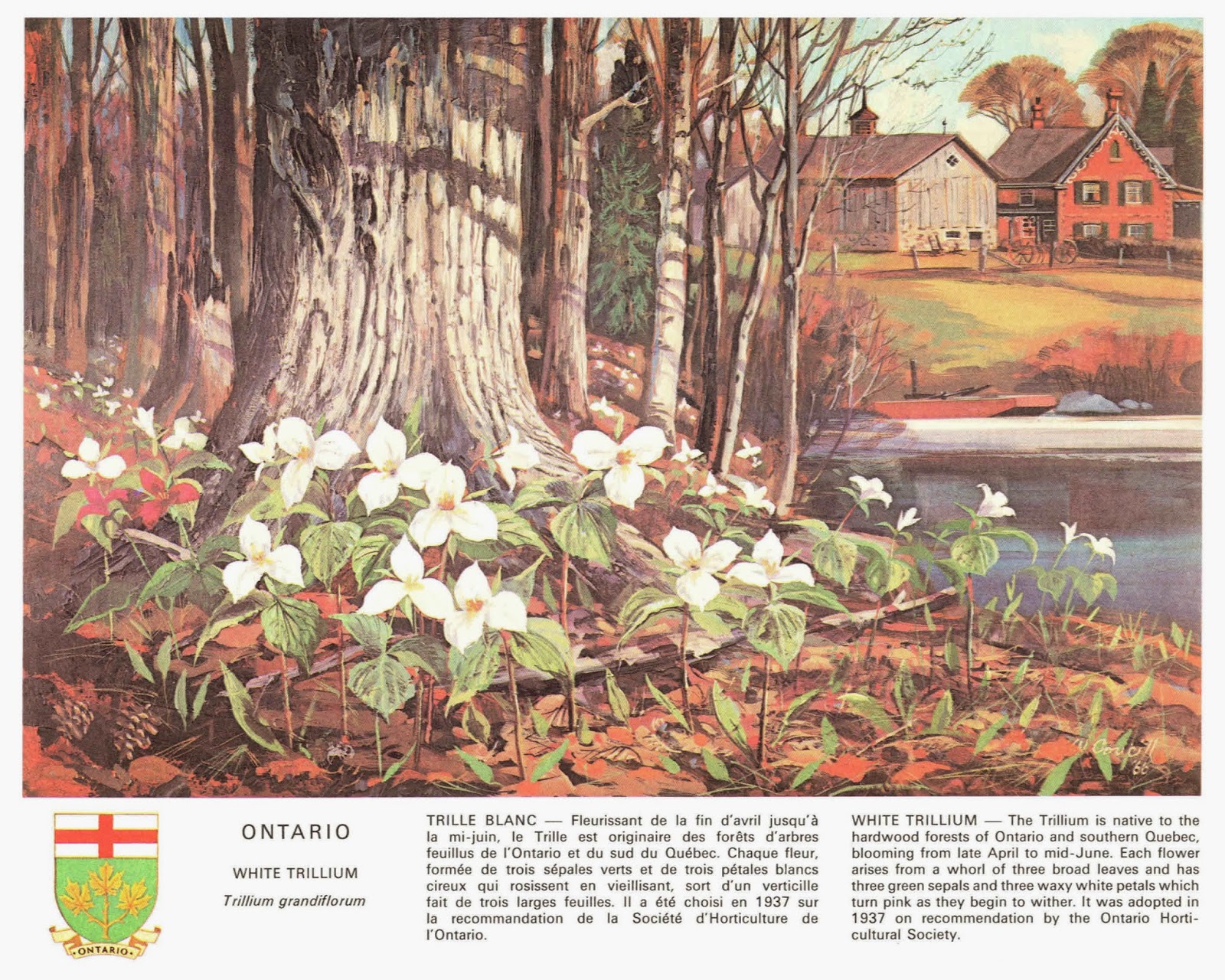 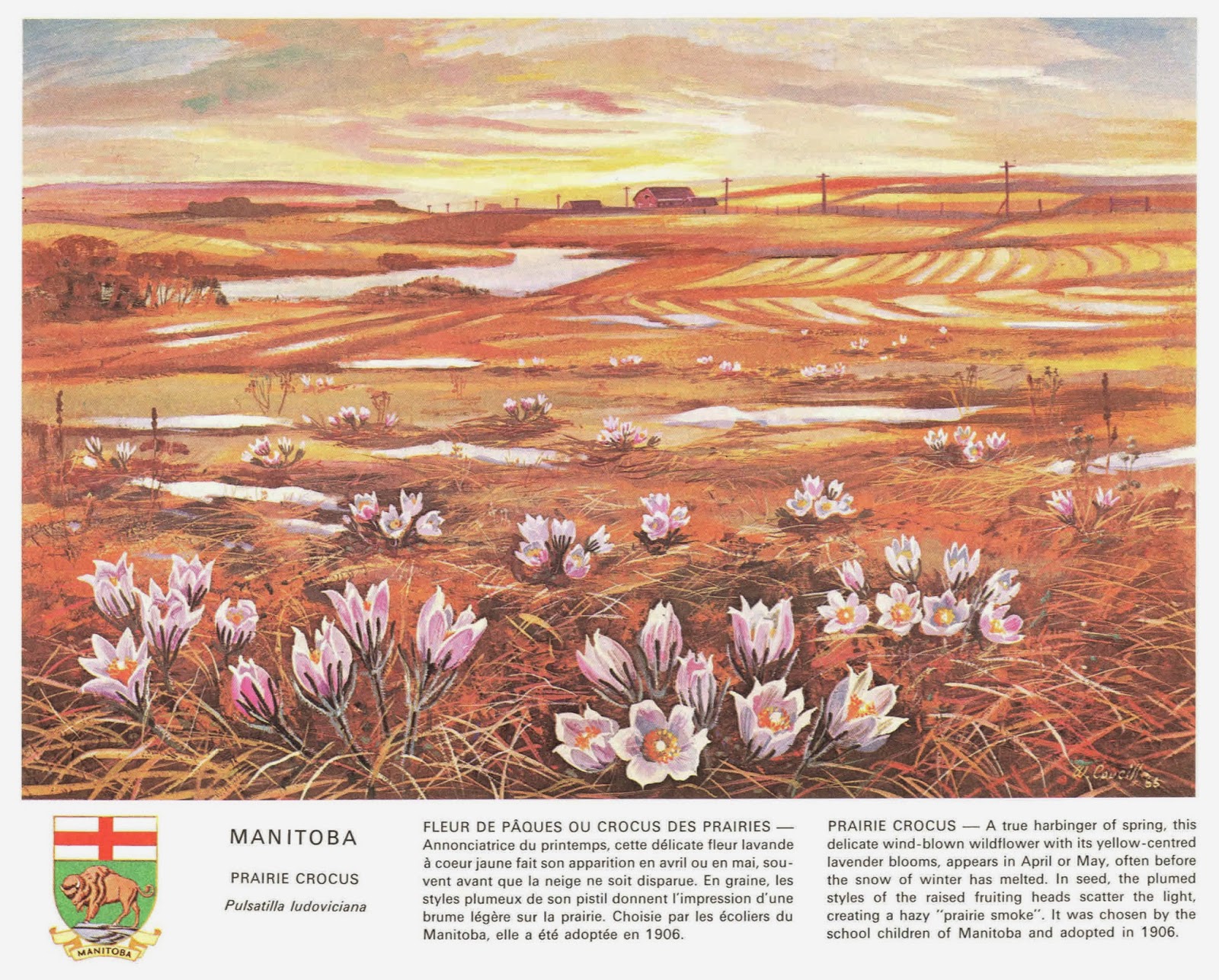 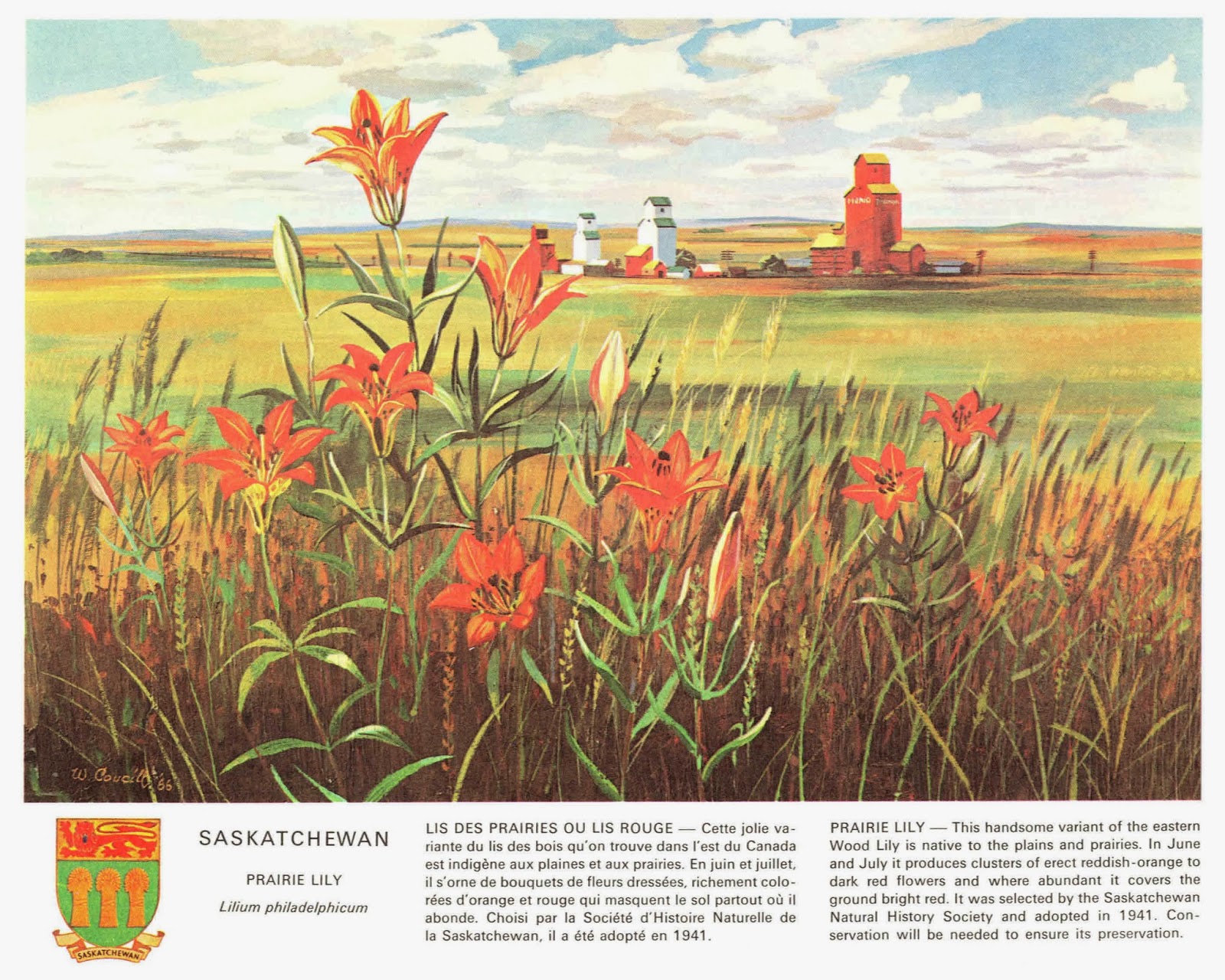 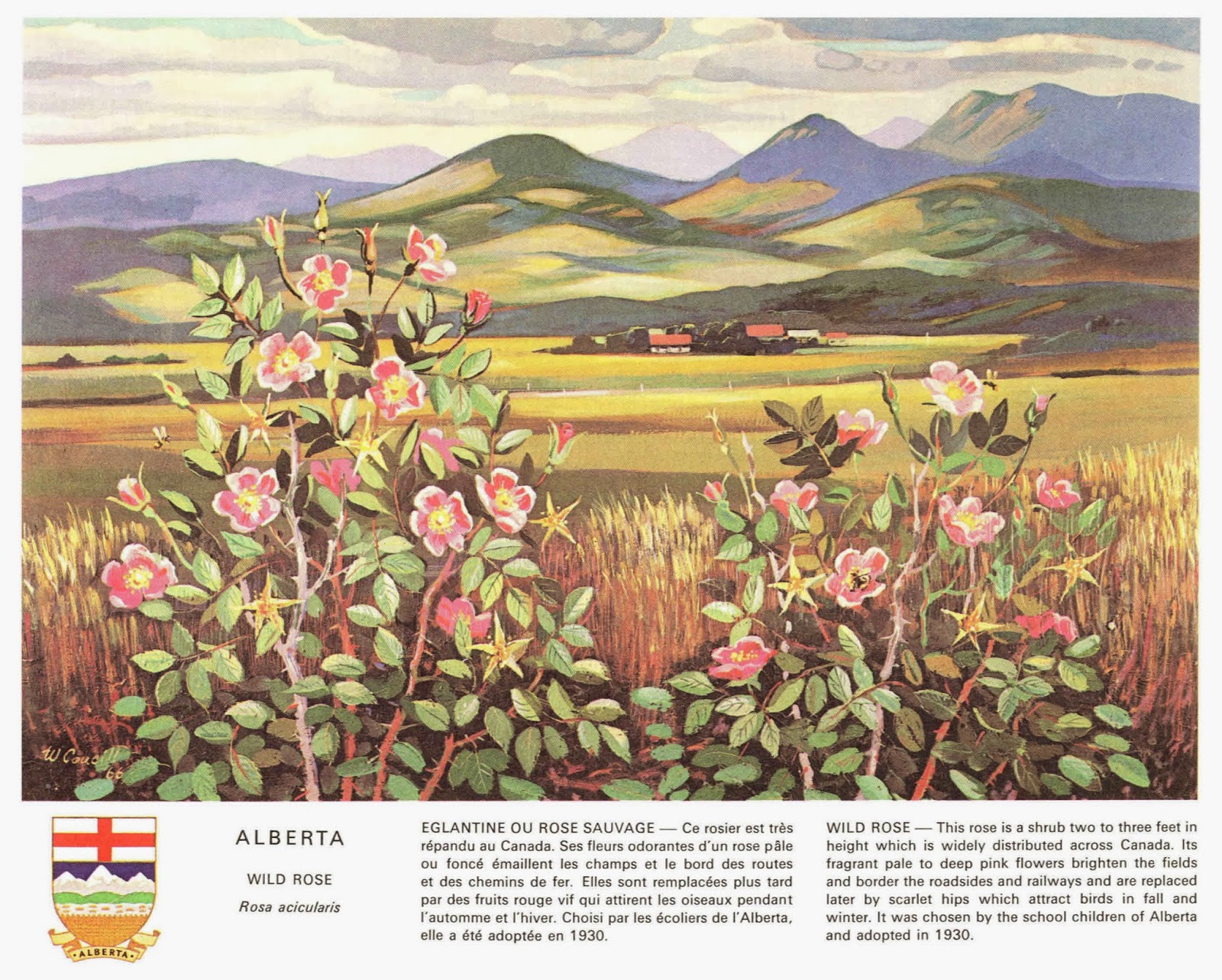 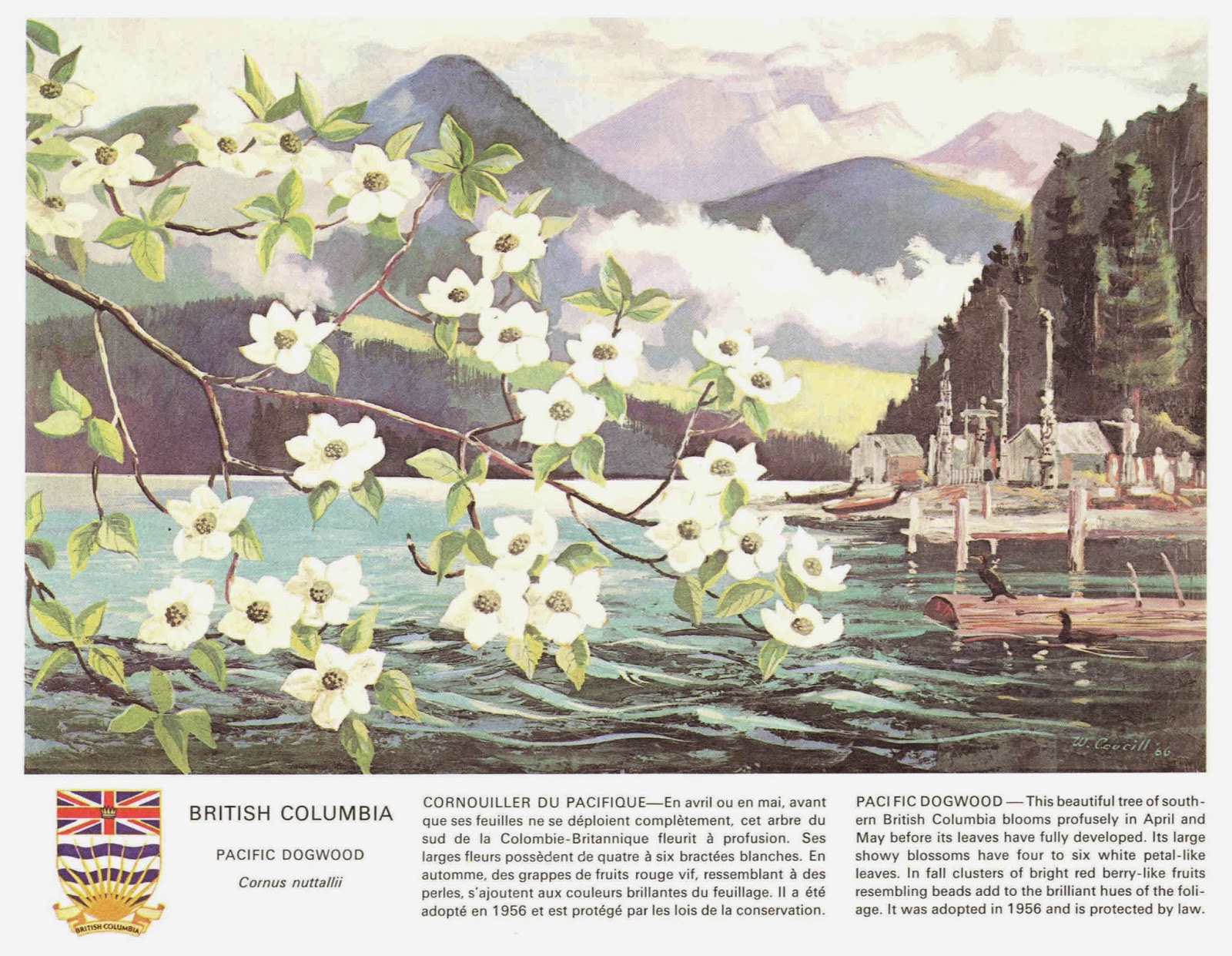 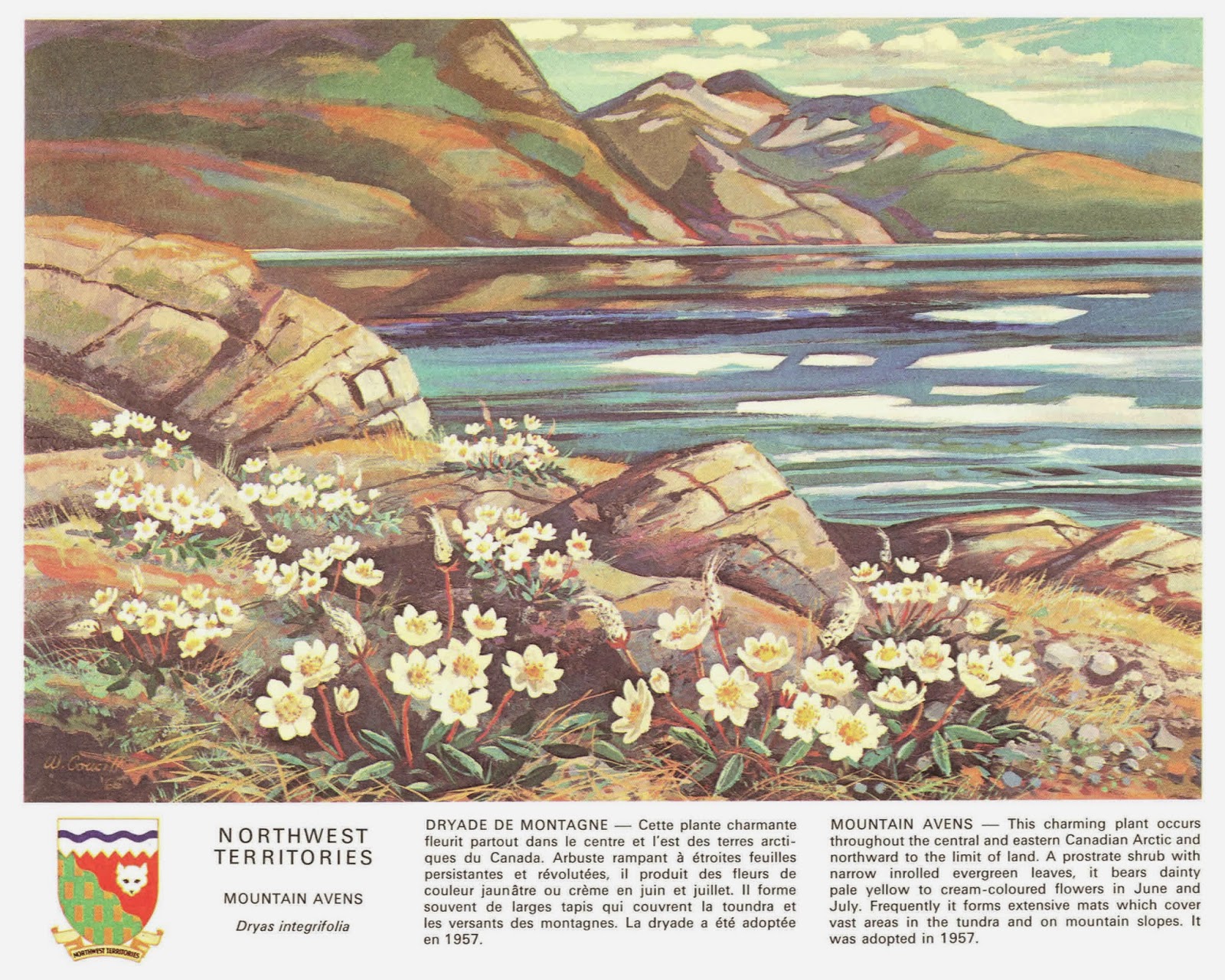 **********
NB: These prints are presented as scanned from a purchased set in a vintage book shop; they are not published here under my own copyright of any sort. This blog post serves as a place where these prints can be appreciated online. I do not intend any copyright infringement, nor do I believe myself to be violating copyright, as I am not claiming these sets as my own, profiting from them, altering them, or ignoring any request not to reproduce the material. In case of any serious objections to the hosting of these images on this post, please do not take legal action against me, simply get in contact with me outlining the reason for your request. Thank you, --I.W.