Monkey's Head, way up in a tree! (Hericium erinaceus)

For years, I've been enjoying and exploring Sassafras Woods—a nice patch of forest north of Aldershot GO Station in Burlington, ON. Having gone home for the holidays, I decided to make the most of a Sunday morning by spending some time out and about, enjoying nature and good company. 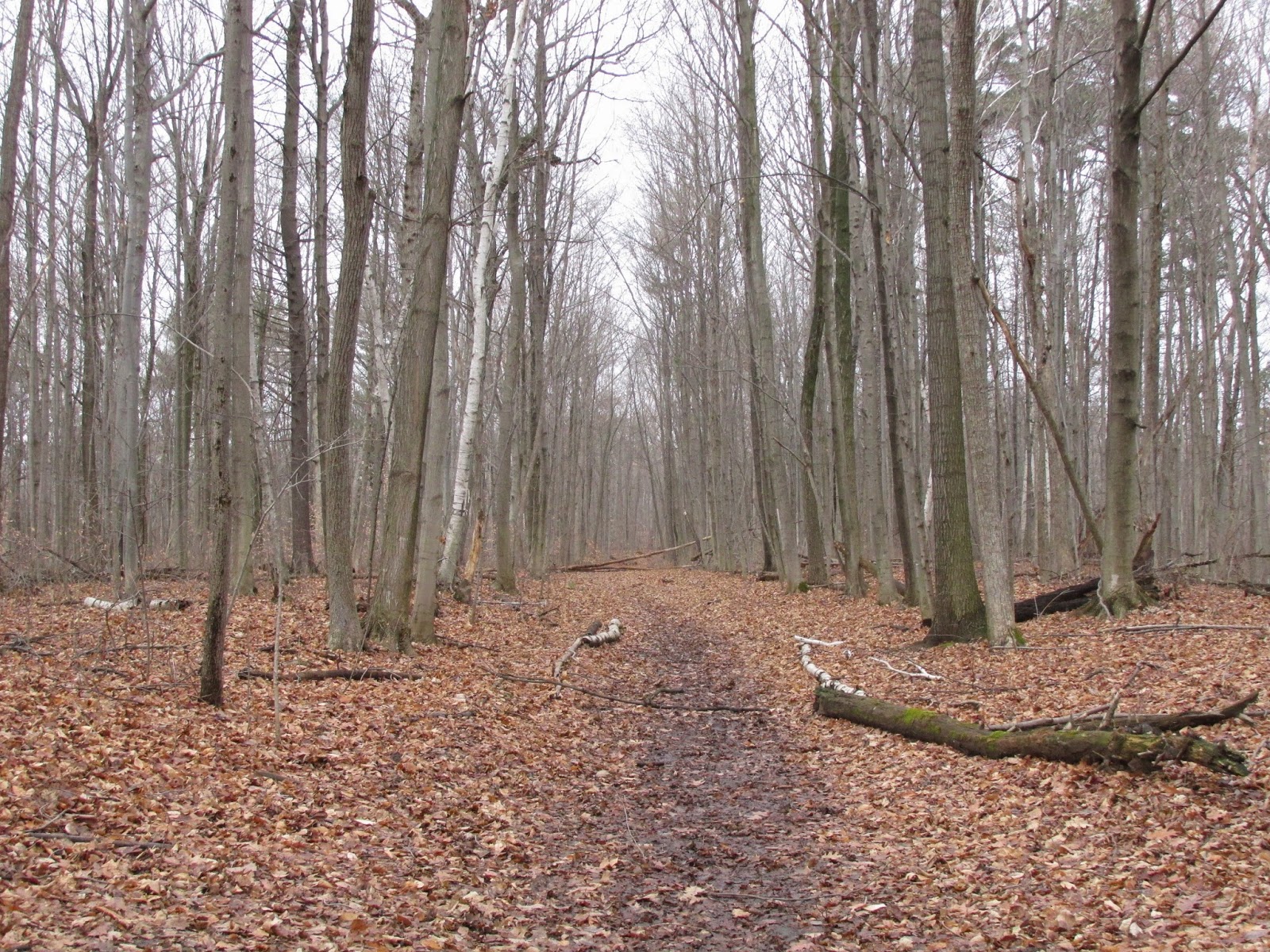 Not even 50 meters from the start of the trail, my friend Tom Nagy spotted an unusual lump on a branch stump halfway up a humongous Beech tree. Was it a sulfur shelf? No way, it was too globular, and it didn't look tiered at all. But it definitely looked fungal in origin. 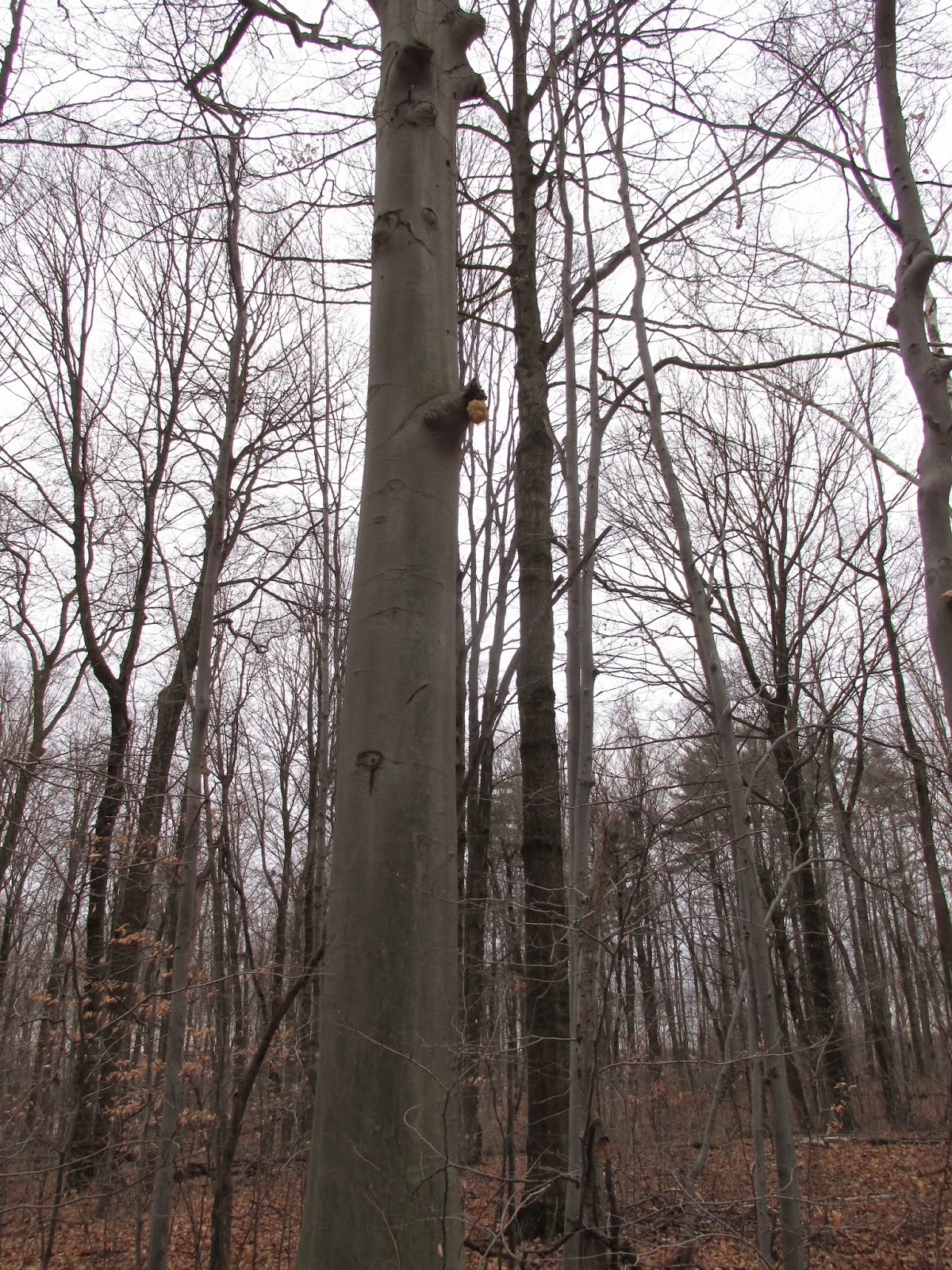 Coming up to the object, we identified it as a Hericium species, likely H. erinaceus, which tends to grow on living Beech trees, What a great find! But now we were faced with another problem... how would we get this mushroom down, so that we could feature it in a later meal? 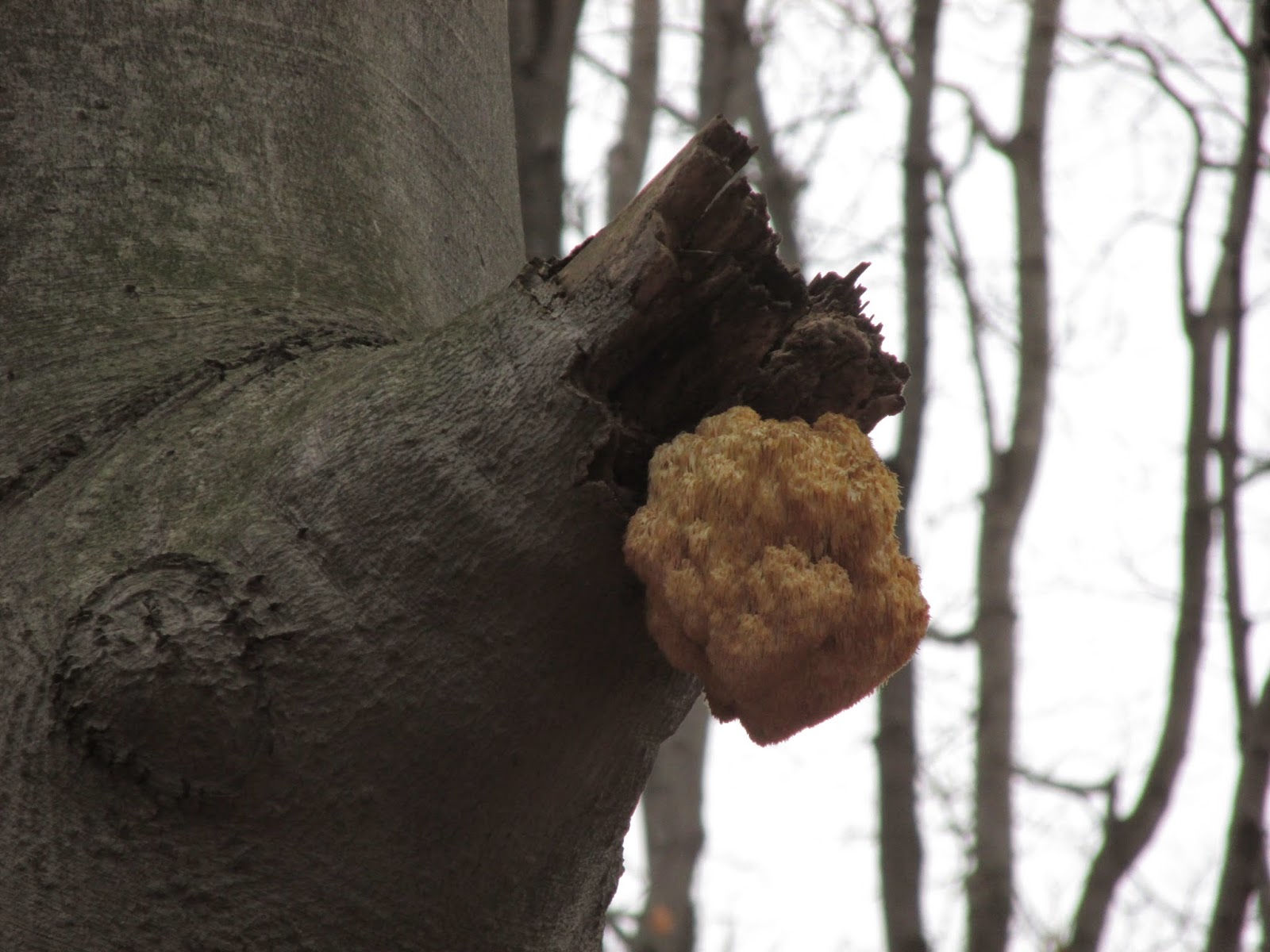 After spending an inordinate amount of time attempting to knock down the mushroom by flinging sticks towards it and attempting to poke it down from ground level, we discovered a much more effective strategy: climbing a nearby tree and poking it from a better vantage point. 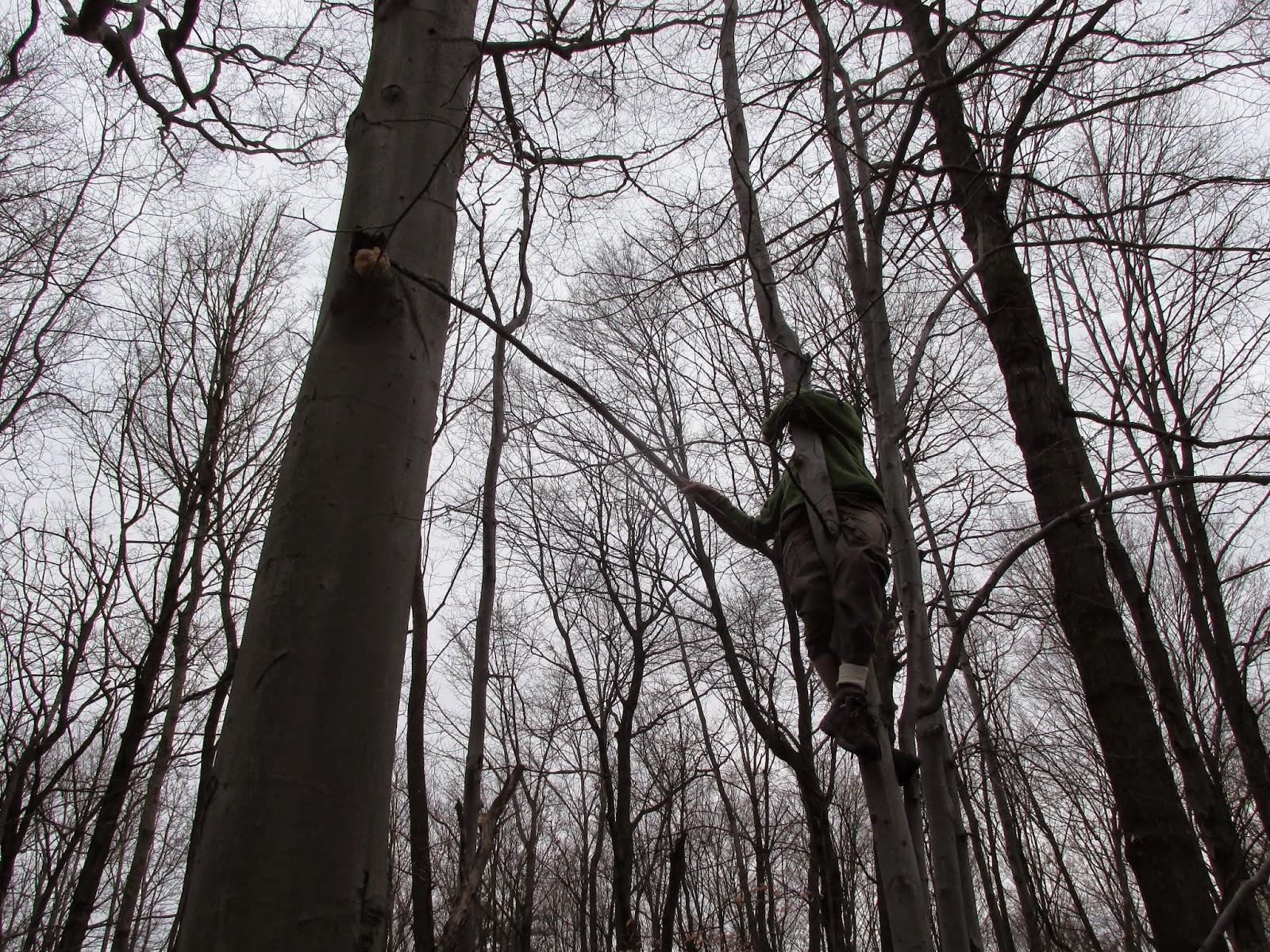 In the end, we were quite proud of our accomplishments, and had quite the mushroom to take home... especially considering we were mushroom hunting in late December! 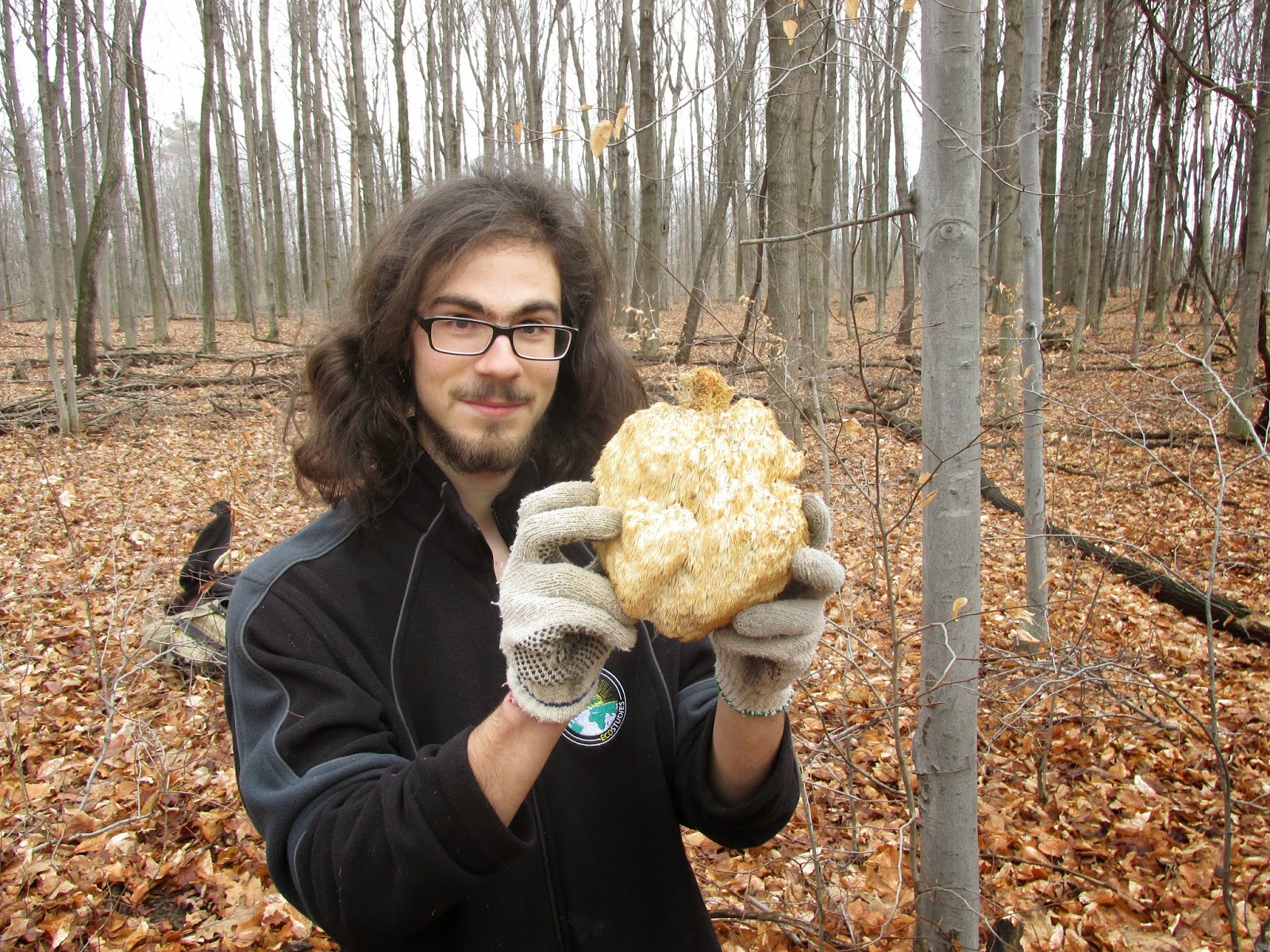 In China, this mushroom is cultivated in pop bottles filled with sterilized sawdust; it is often used as an alternative to meat in vegetarian dishes. In recent scientific studies, Hericium erinaceus has also been proven  bioactive and highly medicinal. Not surprisingly, it has long been used in Traditional Chinese Medicine, where it is called hóu tóu gū, translating to Monkey's Head Fungus.

Not a bad name for it, if you ask me. 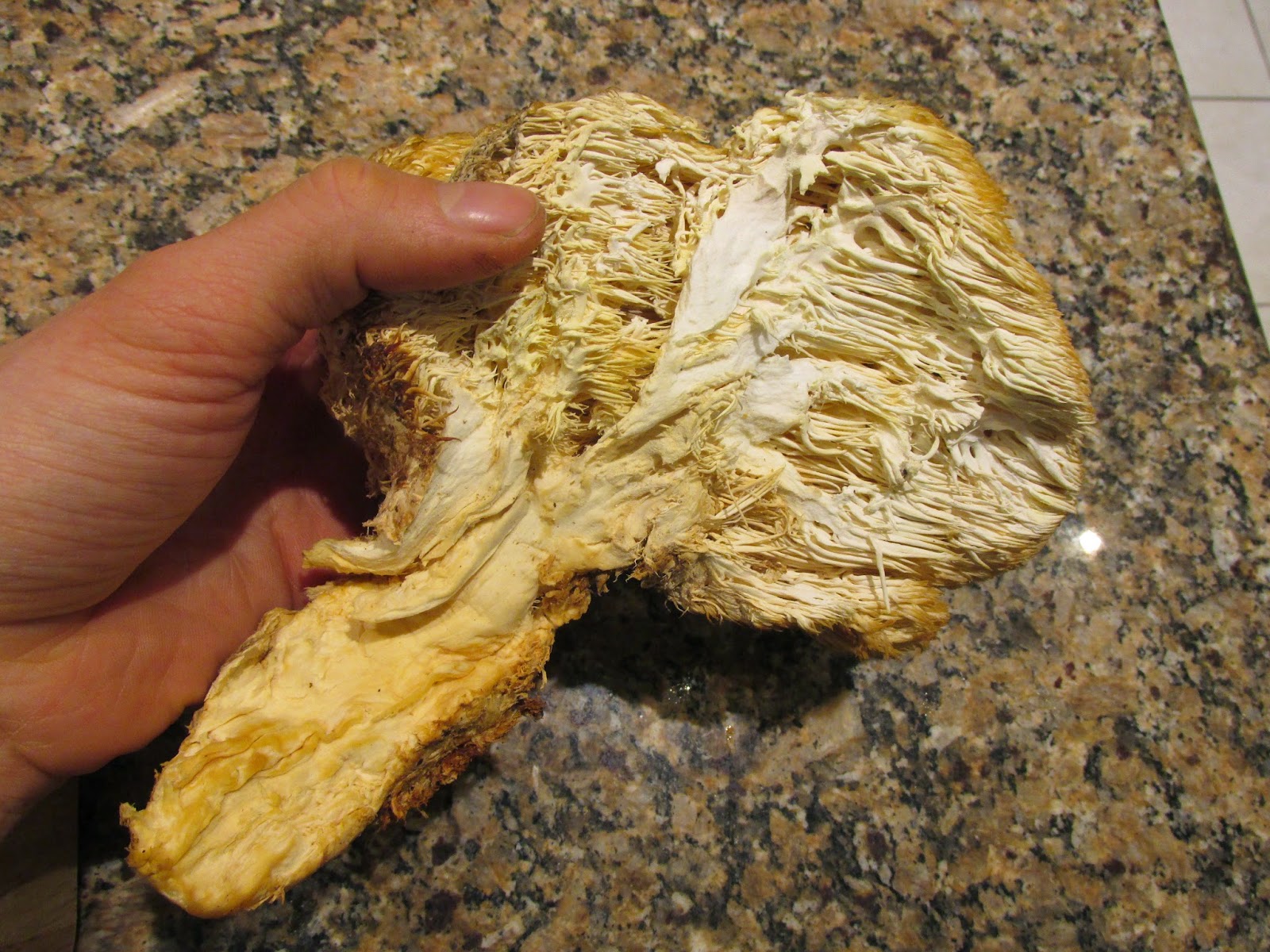 *This post has been imported from Pulp Coast Press
Posted by Ioni Wais at 10:24 PM